Treaties were promised through the Royal Proclamation of 1763.

When the early Europeans first began to settle in the eastern part of North America, before Canada was a country, Britain recognized that those people who were already living here (First Nations people) had title to the land: the Royal Proclamation of 1763 declared that only the British Crown could take possession of lands from First Nations, and only by treaties.

In most parts of Canada, the British Crown established treaties with First Nations before Canada was formed. Canada continued this policy of making treaties before the west was opened up for settlement, but in BC this process was never completed.

Before BC joined Canada only 14 treaties had been signed on Vancouver Island, on behalf of the British Crown by James Douglas, known today as the Douglas treaties. Land title to the rest of BC was left unresolved.

Stó:lō oral histories consistently describe how clear Governor James Douglas’s intentions were. He  recognized Stó:lō ownership of their land and asked them to determine the size of their reserves. In April 1864, surveyors were instructed to mark out as reserve “Whatsoever land the Indians claim as theirs.” Government officials also recognized that  reserves needed to include far-flung provisioning grounds.

Just before Douglas retired in 1864, he asked Sergeant William McColl to survey reserves in the Fraser Valley (present-day Abbotsford, Mission and Chilliwack). McColl made a map with 14 Indian Reserves covering 39,400 acres. These might be considered generous, compared with what was eventually allocated to Stó:lō communities, but this was still less land per family than settlers were able to acquire at the time. Then in 1867, Joseph Trutch, the Commissioner of Lands and Works decided to reduce these reserves by 91 percent. 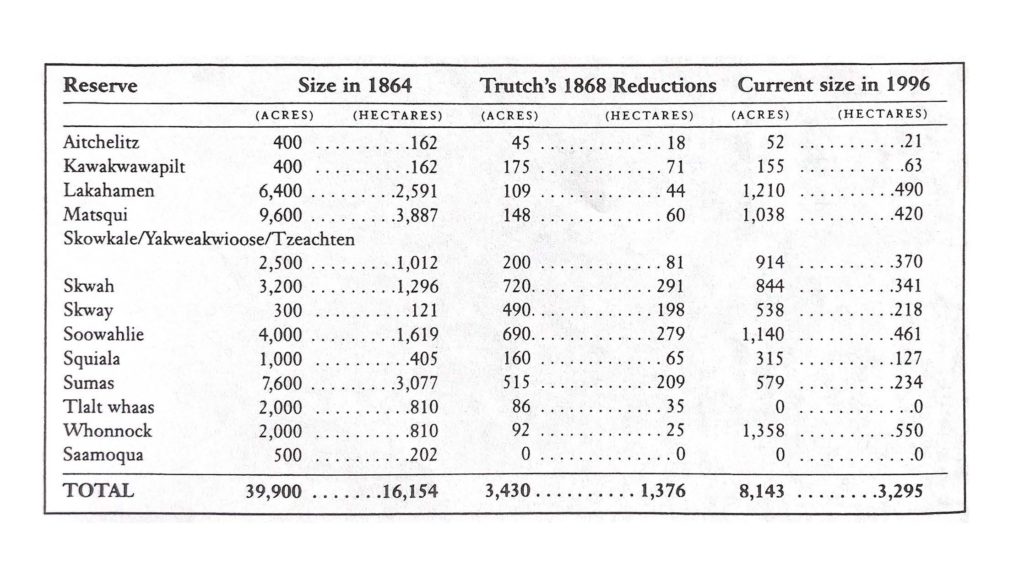 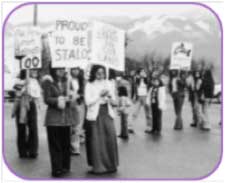 On the Queen’s birthday celebration in 1864 in New Westminster, Governor Seymour and representatives of the Crown promised to share resource revenues with the aboriginal peoples of British Columbia.

Land which was taken away from the Indians was supposed to be “like a fruit tree” and from this fruit the Queen said she would give to the Indians for their lasting support, the benefits from the land— “you will receive 25 cents on every dollar raised on your land.”

Our oral history, our sqwelqwel recalls Douglas’s Promise and the Crown’s Promise of 1864. Now today through the treaty process and in the spirit of our ancestors we are moving forward to deal with those historic questions, those promises and recognition of our aboriginal rights.

The Stó:lō have been fighting for Aboriginal Rights & Title to their traditional territory for more than 150 years.